Its evening time and he walked down the street that went straight to the sandy shores. The hustle bustle of the town nearly fades away as the street bends around the edges and moves towards the golden beach.The crowd too starts disappearing as the road moves on.

Rarely do people  walk across this road for everyone is busy in their fight for survival.

People having families sometimes occasionally drop in there,for the sake of their children who like to run and build castles in the sands.

He ran his fingers through his soft hair and walked on gazing at the serene atmosphere and the sky which showed reflections of thousands of colours that he never saw before.Was it the sky that was giving him an indication or was he been open to the vibrations now?

It was a mystery.

It always is.Nature at every step gives us an indication of the happenings that are going to affect our lives,be it good or bad.Its just a way of providing hint from the invisible one to us,the ones who always believe the things visible or seen.

For some even feelings and emotions shouldn’t matter too ,as they are not seen but just felt. Human mind always has the reasoning ready to defend the poorly conceived ego held   inside just to satisfy the hunger of being superior or important.

As he stepped in the sands of the quiet shore, a sudden feeling of calmness grasped him.Never had he felt so relaxed and soothing . The touch of the beautiful sensation of the golden particles made him smile unknowingly at nothing. He didn’t care of what the people around him were thinking or saying. He just went on…slowly into the waters that came in form  of gentle waves to touch and kiss the shore.

So pure and selfless they looked,rising falling over the sea,reaching the shore after bridging the long distance of the sea ..and then simply touching and returning back from the shores without grumbling.As if it was their work to be endlessly in the cycle of such a game.

The sun had set now and the moon with the galaxy of stars had stepped in.The sky looked amazing and the view very enchanting.Nevertheless,he had never noticed such a moment in his whole life with such focus and observation.He again smiled back ,this time engulfing the fresh breath of air around him as if rejuvenating his mind and soul..

The next morning he got up unlike the rest of the days,early and on sunrise.With a fresh zeal of enthusiasm and smile on his face and in his heart, he started the day with full passion.

Every stress and tension that had swallowed his peace of mind had vanished and he could see the colours of the sky more clearly than ever.

For the Hindi lovers! 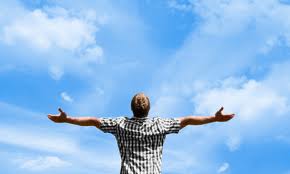 Spreading his arms he beckons!,

“Embrace me with your presence,

Without you , its just a waste,

of life and the glittering pleasures…”

“I will listen to your suggestions,

will  now be my natural behaviour…”

” How do I convince you of my promise and decision,”

“Finally after so many setbacks ,

I have learnt this gist of nature…”

“Stay here with me in my heart for ever,

I shall spread thy radiance ,

around me and the ones who need ,

Rushes back  to  be in his arms,

getting absorbed in his soul,

He smiles and rejoices the moment ,

in his heart forever…

for the unconquerable,
inscribes and etches,
a beautiful design on our soul…
Pining  for this passion,
burning for the feel,
when instigated ,
it melts us within…

Like the gold,
like copper,
amalgamating…
such is the dying passion that assimilates us with the yearned treasure…